John Logan received the Tony, Drama Desk, Outer Critic Circle and Drama League awards for his play RED. This play premiered at the Donmar Warehouse in London and at the Golden Theatre on Broadway. He is the author of more than a dozen other plays including NEVER THE SINNER and HAUPTMANN. His adaptation of Ibsen’s THE MASTER BUILDER premiered on the West End in 2003. As a screenwriter, Logan had three movies released in 2011: HUGO, CORIOLANUS and RANGO. Previous film work includes SWEENEY TODD (Golden Globe award); THE AVIATOR (Oscar, Golden Globe, BAFTA and WGA nominations); GLADIATOR (Oscar, Golden Globe, BAFTA and WGA nominations); THE LAST SAMURAI; ANY GIVEN SUNDAY, and RKO 281 (WGA award, Emmy nomination). 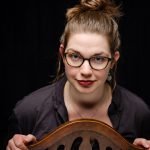 Sarah Andrews is a Portland-based director who holds a BFA in Acting from Central Washington University. Some of Sarah’s notable directing credits include Heart Play with Beady Little Eyes, Thom Pain (based on nothing) with Crave Theatre, the world premiere of From the Ruby Lounge at Steep and Thorny Way to Heaven, and Crossing also with Crave. Additionally, as a passionate puppeteer and movement artist, Sarah has written, produced, and directed two puppetry productions: an original adaptation of Calderone’s Life is a Dream, and the children’s show Pearl and the Five-Headed Dragon. Sarah’s artistic work has been featured by many local theatre companies including Tears of Joy, Staged!, Post 5 Theatre, Milagro, Lakewood, Oregon Children’s Theatre, defunkt theatre, Profile, and ART. She also works in community-based performance projects such as Ellensburg, Washington’s Buskers In The Burg and Seattle’s Summer Solstice. When the opportunity arises, she also tries to find ways to volunteer with theatre projects in prisons here in Oregon state. She has also taught workshops on puppetry at the Kennedy Center Theatre Festival in Boise, ID. Sarah is a theatre artist who puts her soul into her work and she looks forward to exploring the creative possibilities the future has in store. 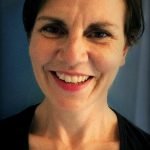 Maia McCarthy (Rothko) works as an actress, writer, teaching artist and teacher trainer. She believes that the best arts and educational experiences are borne from challenging and collaborative relationships founded on shared values and playful inquiry. Maia has worked with organizations such as Annex Theatre, Freehold Theatre Lab Studio and Seattle Children’s Theatre in the Seattle area, Profile Theatre, Young Audiences and The Right Brain Initiative in Portland. Recently Maia performed with the Original Practice Shakespeare Festival in parks around Portland. Big thanks to Sarah, Kylie and all the team of Crave Theatre for this amazing experience. 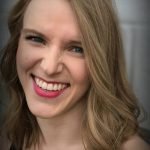 Kylie Jenifer Rose (Ken) is a whimsical actor-creature whose tail wags for musicals, Shakespeare, dialects, and cheese. After joyfully receiving her BFA in Performance from Central Washington University, she zapped into Portland to become a proud co-founder of Crave Theatre Company. Favorite acting roles include: Scheherazade in Twisted (Funhouse Lounge), Liesl in The Sound of Music (Leavenworth Summer Theatre), and Lydia in Pride and Prejudice (Enso Theatre Ensemble). Taking on the role of Ken has been a dream come true. She sends thanks upon thanks to her acting partner, Maia McCarthy!
After RED, Kylie can be found performing at the Shoebox Theatre for Berk Productions ‘From the Ruby Lounge in July/August. She is also eager to bring you Crave’s production of her one-woman musical, Bad World opening at Shaking the Tree Theatre in May 2020. 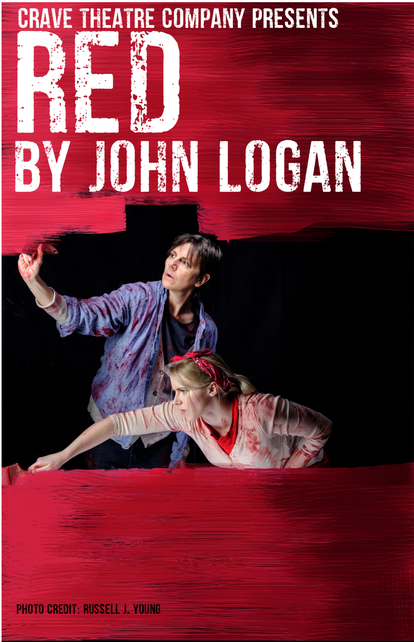 Rothko was an artist I learned about in college, but not through a class; he was my art mentor’s favorite artist and he was fascinated by the story of the Seagram murals. I remember very fondly, sitting outside on a break from the studio, covered in paint, sawdust, glue, and who knows what else listening to my instructor’s retelling of these events and not fully grasping it.

Two years later, I find myself in London, wandering around the Tate Modern when I stumble upon the Seagram room. I wasn’t looking for it, but found it anyway and upon entering that space I felt compelled to sit and just be with these paintings that were peering down at me in this dimly lit room; it was unsettling, and yet, I finally understood why Rothko was my mentor’s favorite painter.

The paintings made me feel something that was deep and difficult to describe. The only other time in my life that feeling has ever washed over me has been when I was on my way to visit the arches in Utah; the Canyon walls staring at me as I drove through them gave me the same turning of my gut as the Seagram room.
Flash forward to the now, my mentor, whom I loved very much, is no longer in my life, and I am left to shake my own fist at the world, make my own art and tell my own stories. When I read this play about an event that is so familiar to me, that sounds SO much like my own experience in an artist studio, I have to ask the question: “Why are men only playing these roles?”

This story is shared by many artists regardless of gender and it is my hope that you, the audience, see that too.