We take pride in our work and the journey we have been on thus far. If you have any questions about our past productions, or the process for creating them, feel free to reach out to us: info@cravetheatre.org 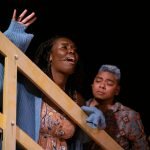 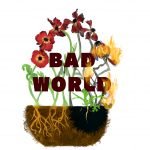 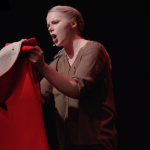 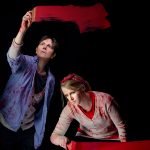 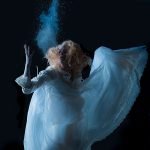 Season 1 /
Thom Pain (based on nothing) by Will Eno 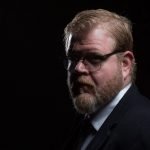 We area always open to feedback and reviews. If you would like to leave a review or comment please reach out to us.

The is a play you simply must see to appreciate and it is a safe space to explore this very destructive trend in our society. Rose is a very brave lady and an absolutely amazing singer and actor! And hopefully this show is Broadway-bound, as it is topical in content, and professionally done in style. Liptak’s music is magical, as it always connects seamlessly with the lyrics.
Dennis Sparks of Crave Theatre's Bad World
You might think that, with a title such as Bad World, the original musical from Crave Theatre would be a dark, sad encounter with the zeitgeist. And in the sense that it deals with a young woman struggling with the aftermath of a sexual assault, darkness and sadness are part of the world in question. And yet, Bad World surges with such resilient, life-affirming energy that you’re likely to feel rather good about the world by the end of it.
Marty Hughley of Crave Theatre's Bad World
Andrews has a masterpiece on her hands in this production and it should not be missed! The movements in the semi-circular space are beautiful to behold... McCarthy as Mark is extraordinary! ...And Rose is equally as riveting as the assistant, matching her mentor thought for thought. She's especially powerful in her dance moments. Both actors mesmerizing!
Dennis Sparks of Crave Theatre's Red by John Logan

While the roles of Rothko and Ken are scripted as being two men, the director (Sarah Andrews) chose to cast two women (with the author’s permission). I have seen the play performed the traditional way with two men, but the stakes in this performance were raised in a way I hadn’t seen. This was two women talking about only male artists and trying to make it in that world where they were not represented. A struggle that landed with me as a female writer, feeling the stress of “making it” in this difficult profession but also the added pressure of being female when most of the great authors that I am taught about are male. The stylized movement to show the passing of time, choreographed by Rachael Singer, helped not only to showcase each character’s individual personality and creative process but also that they are constantly changing and in flux just like the paintings. As Rothko said, “movement is everything, movement is life.”

Another stand out technical element was the lighting, helping to emphasize the passing of time, focusing the audience’s attention to the murals on the wall, and projecting a version of one of Rothko’s murals on the ceiling. All of which helped to encompass the audience in the work.

Maia McCarthy brings a level of focus and intensity to the character that helps the audience to share that same interest in the work, while also having the capacity to flip that focus at any moment if something comes in the way of her work. Kylie Jenifer Rose brings a nice contrast as the overzealous and innocent student, also being able to convey a great deal of emotion in her dance. Her movements were fully realized and heartfelt, more than any of her character’s words can convey.

And the cast of four, especially the ladies, are some of the best actors in this area. McGregor is sinister, stern and strangely compelling as she attempts to hold her family together. Tidd is always excellent in all she performs and is equally good here as the sister whose soul and sanity seem to be in peril. Rose is at her best here as a woman/child torn between, perhaps, “the devil and the deep blue sea.” A tormented spirit who will not be quieted. And Brown, very effective as the master manipulator, who may have met his match in these ladies. Bravos to all! And the best for last, Andrews, who must combine all these elements into a worthy stew for digestion and she does it masterfully!
Dennis Sparks of Crave Theatre's Crossing by Reza De Wet
The play is done in a cabaret, black-box style, which I’ve always liked, because it forces attention on the story, the artists and the audience’s imagination with nothing getting in the way of the artistic experience. Andrews has done a wonderful job of keeping the story just out of balance enough that you feel yourself scooting closer to the action to make sure you’re not missing anything. And her choice of an actor for the lead, Van Voris…well, let me put it this way, his talent is so far-reaching that he could be reading the phone book and you’d marvel at it! He really is so good that, as disjointed as the piece appears, you still feel a symbiotic relationship with him, as you accept what he is saying and believe in his plight. A rare gift that all actors strive for. His careful phrasing, his subtle nuances, his improvisational style, his pregnant pauses full of meaning…all perfect for this character.
Dennis Sparks of Crave Theatre's Thom Paine (based on nothing) by Will Eno
We use cookies on our website to give you the most relevant experience by remembering your preferences and repeat visits. By clicking “Accept”, you consent to the use of ALL the cookies. For more information, please check our Privacy Policy
Cookie settingsACCEPT
Manage consent