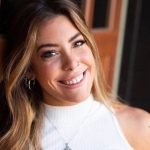 Tania Predovic (she/her) is a Portland-based lawyer and arts enthusiast. She received her J.D. from Lewis and Clark Law School, and prior to that, received degrees from the University of Oregon in Psychology and Spanish. Tania currently works as Associate In-House Counsel at the Portland based digital distribution company, CD Baby. Prior to entering the entertainment law world, Tania worked in the non-profit sector with a variety of populations, including domestic violence and sexual assault survivors and low income immigrant families.

Tania is an Argentine immigrant and fluent Spanish speaker, and in non-pandemic times, enjoys traveling and learning about different cultures. While not musically inclined, she enjoys singing to her cat and dog, who are always a wonderful audience. As a member of the Crave Theatre Board of Directors, Tania hopes to serve the Portland arts community by assisting in Crave’s mission to unify communities through socially conscious projects and productions.