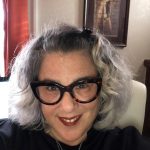 Debbie Lamedman is a playwright, author, and editor of monologue and scene study books published by Smith & Kraus, Inc. Additionally, she has two plays published by Heuer Publishing. Debbie’s produced plays include Up the Fall, phat girls, Triangle Logic, Eating in the Dark, and Drowning in Quicksand. Debbie is the co-bookwriter for the musical How the Nurse Feels which had staged readings at both the ASCAP/Disney workshop in Los Angeles, and New World Stages in New York. Debbie’s short play Mind Control was produced as part of the 35th Annual Samuel French Off-Off-Broadway Short Play Festival in NYC.

Debbie continues to receive commissions to write plays on social issues for teens. She has been writing social issue plays for Pittsburg High School Repertory Theatre Company since 2009. These plays include Everyday People, a play on anti-bullying which premiered in April 2011 to nearly 5,000 audience members. Additional commissions include Rx, a play dealing with prescription drug abuse among teens, You Belong to Me, a piece on teen dating violence, and Snowflakes, a theatrical documentary exploring autism.

In addition to writing, Debbie has worked as an adjunct theatre instructor and guest director at Pacific University in Forest Grove, Oregon. She has also taught acting classes at the Portland Actors Conservatory in Portland, OR. Debbie is a frequent guest teaching artist and has taught master classes in playwrighting and monologue workshops around the country. Currently, Debbie is editing three new anthologies for Smith & Kraus, The Best Men’s Monologues 2021, The Best Women’s Monologues 2021, The Best 10-Minute Plays 2021.

Debbie received her MFA in theatre from Brandeis University and is a proud member of the Dramatists Guild and Honor Roll! Debbie’s work can be found on The New Play Exchange. https://www.debbielamedman.com