This play is based on a concept by Carol Gates, written in collaboration with the Lost Collective as part of Ten Tiny Talks Festival with Crave Theatre, in Portland, Oregon.

We are The Lost Collective. Ten voices that are under-represented in a country founded by colonialism and killed by capitalism. We are screaming to be heard. But it’s not all anger. It’s not all pain and grief. It’s about choices. It’s about West Side Story and the themes expressed in the song America.

Lost in a Place Called America is a play that is a free-form narrative with only two fixed characters. The Trickster and The Magician (based on The Fool and The Magician tarot cards). They show you this place of hope and failed dreams. Because like life, we are the unreliable narrators of our own story just like the historians who document and cherry-pick the American dream and sell it off to the highest bidder.

But we dare to dream. 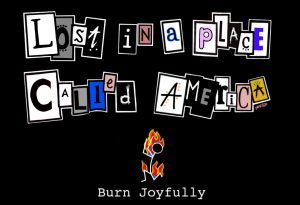